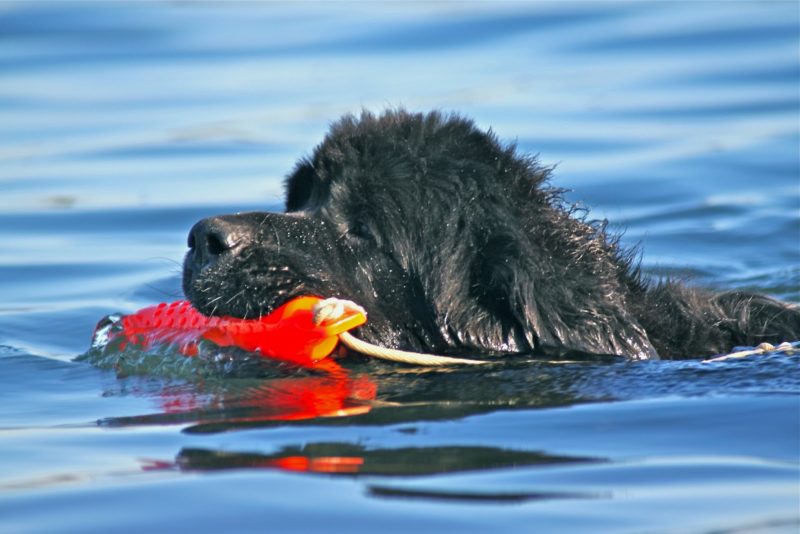 As dog breeds populate over generations, they start to pick up distinct behaviors and characteristics. These breed traits can develop as a response to both genetic and environmental factors. We’ll explain this process with a review of 6 specific breed traits as well as the conditions that caused them. 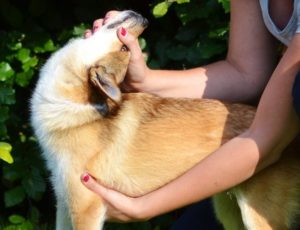 This breed has the distinct ability to bend its neck far enough to touch its back with the top of its head. Where does a trait like that come from? Puffin hunting. This is where the breed gets its name: “Lunde” is the Norwegian word for puffin.

The Lundehund was bred on the island of Vaeroy in the Norwegian coast for centuries to assist islanders in catching the puffins that made their nests on the island’s cliffs. Their flexible neck helped them follow puffins into the crevices in the cliff walls and then exit by bending over backward to turn around.

That’s not the only unique trait seen in the breed, though. The Lundehund also has six toes on each paw, can wiggle and even close its ears, and has flexible shoulders that allow it to bend its legs 90 degrees and flatten its body to the ground. 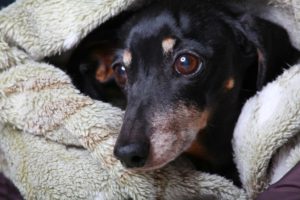 If you were to search “Dachshund under covers” online, you’re sure to come up with enough video results to keep you entertained for a while.

All dogs have den instincts in their DNA, meaning they like an enclosed space of their own to rest and feel safe in. But the Dachshund, in particular, was bred to track game like badgers and rabbits into underground tunnels. They’re right at home in the cozy, warm space afforded by bunching up under a blanket.

The Dachshund is also closely related to the Beagle, another breed known for digging and burrowing under the covers.

Breed trait: A nose for truffles

This breed has an affinity for finding truffles. Truffles are a culinary delicacy sought after for their earthy flavor, but they’re hard to find because they grow underneath the ground in specific circumstances. They can be tracked down by a dog trained to find its scent, though (or by a female pig, as was common in the past).

A strong sense of smell isn’t exclusive to the Lagotto Romagnolo. Any dog could be trained to track the scent of truffles with enough time. What gives the Lagotto an edge is the environment where the breed came from.

The Lagotto’s roots date back centuries to northern Italy, one of the most famous regions for bearing truffles. Because they were so common in the area, the Lagotto was exposed to its scent. That affinity was reinforced over generations of breeding in the area. To be clear, the Lagotto isn’t born knowing how to track truffles, but they are quicker to pick up on truffle scent training than other dog breeds. 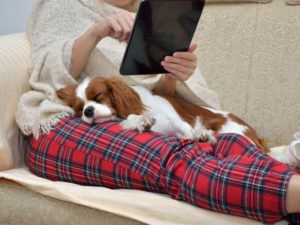 This breed was named after King Charles II, who had a deep affection for his Cavaliers. The breed caught on in Europe’s noble society and was bred to be a comforter dog.

The Cavalier was bred from a line of dogs famous for laying at their owners’ feet. As far back as the 13th century, there was an effigy at Pebmarsh, Essex of a Crusader knight with a spaniel laying at his feet. This line of spaniels was brought over from Italy and spawned the toy spaniels popular in 1600s England, who then led to the Cavalier King Charles Spaniel.

The Cavalier builds a strong bond with its owner fast, meaning it will follow them from room to room to stay at their side. These dogs love physical affection, making them the perfect lap and foot warmers both inside the home and during long carriage rides. The physician of Queen Elizabeth I, Dr. Caius, even recommended using the dogs as replacements for hot-water bottles to cure the ill. 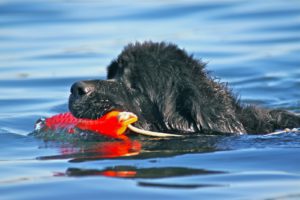 The Newfoundland’s strength, waterproof coat, and large, webbed paws make it a powerful swimmer. These traits combine with the breed’s caring and protective nature to make it the “Lifeguard Dog.”

This breed gets its namesake from the island of Newfoundland where it originated. It’s believed to be related to the Pyrenean Mountain Dog, a breed that served as companions to fishermen. Hill’s states that “in the 18th century, the Newfoundland was sent into Britain and France and quickly became popular with the English sailors as a ship dog.” A ship dog would dive from the ship with a line in its mouth and then swim to shore to find help with pulling the ship in. The Newfoundland would also rescue sailors who fell overboard, the most notable case being a Newfie who rescued Napoleon Bonaparte from the sea.

The Newfoundland requires training to hone its natural talents into a reliable service. Owners can take their Newfies to rescue dog school to get them licensed as water rescue dogs. The training can take anywhere between 1 and 3 years, though. One such school in Northern Italy counts its graduates among the nearly 400 licensed rescue dogs in the country.