Embark’s Doggy DNA Relative Finder has only been available since November, but we’ve already heard from several pup-parents about canine relatives being brought together for the first time since puppyhood. Read the story of Jude and Lucy, two sibling pups adopted from the same litter 10 years ago, who were able to meet up for a very special playdate in the park!

Using an Embark Dog DNA test, Jude was determined to be a Labrador Retriever/Chow mix. Jude’s pet parent, Mariana, adopted him in the fall of 2008, when she was in 8th grade. Jude is now 10. “The details are a little hazy,” says Mariana, “but my dad surprised me when he said we were going to pick up a dog. He said they were only asking $25 to cover his first vaccine, which I fortunately had handy. So we drove out to pick him up and I fell in love instantly.” 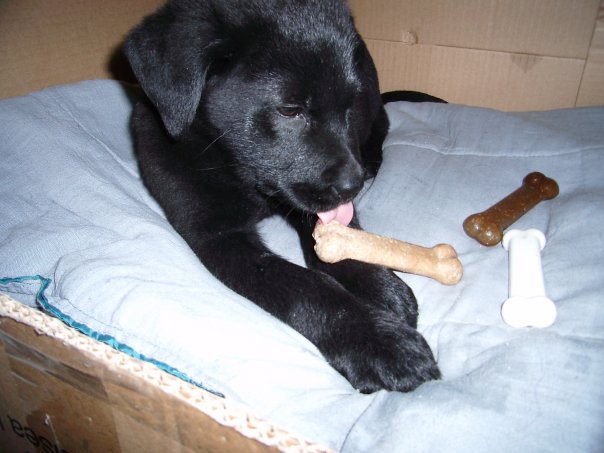 Mariana describes her other dog, Summer, as Jude’s younger sister who loves him so much, but he remembers what it was like to be an only “child.” Jude tolerates Summer on most days, but he has been known to comfort her if she’s feeling upset. When Marianna takes her pups to get their nails cut together, Jude is always by Summer’s side. 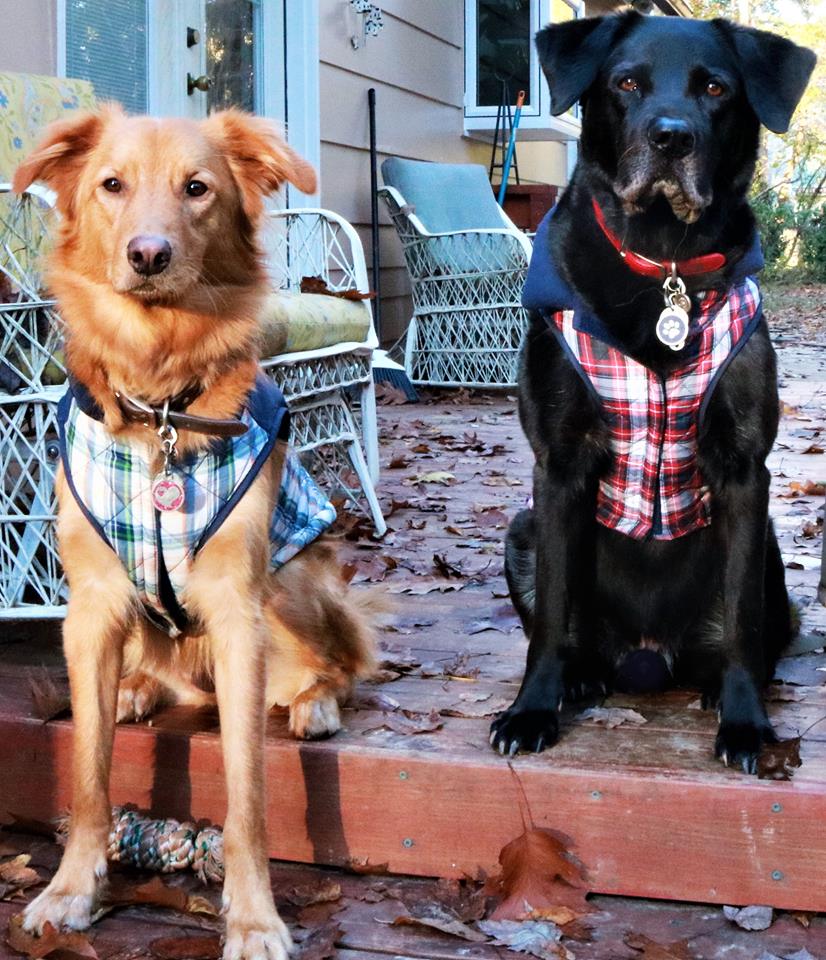 In terms of his personality, Mariana describes Jude as a very laid-back dog with his own unique quirks. He likes to lay out on the back deck and watch pedestrians go by, which Mariana calls “guarding his domain.” Jude’s favorite words are “walk,” “car ride,” and “beach!”  When he’s at the beach he likes to roll in the sand before he sprints into the water. According to Mariana, Jude also loves to steal towels if he thinks he’s not getting enough attention, but “he doesn’t want the towel, he wants the chase.”

Marianna characterizes Jude’s palate as very wide and refined! “He loves bacon and fish, but he also loves his fruits and veggies. His favorite among them includes broccoli, sweet potato, carrots, melon of any kind, and pumpkin. He’ll try anything once, and he especially loves our ice cream outings.”

Lucy’s pet parent, Lori, said she had a good feeling when she read a puppy adoption posting on Craigslist. “I had been begging my husband to agree to adopting a dog,” she says. “When I saw the Craigslist posting about a litter of puppies available for adoption, I focused on that lead.”

She spoke with the woman who posted the ad and learned there was only one puppy left! A man was scheduled to visit that night so Lori gave her phone number to the woman in case he canceled.

It turned out that he did, and Lori was ecstatic. “I yelled to my children, ‘We have to go pick up our dog!’”

When they arrived at the woman’s home she explained that she’d found the puppies while walking through a new subdivision under development near her house.

“I told her I didn’t need to see the puppy, that I already knew!” Lori exclaimed. “We debated what to name her before my husband decided she needed to be named Lucy after one of his favorite actresses, Lucille Ball. The next day, we hosted 40 of our relatives for Thanksgiving lunch, and Lucy was the highlight of the event.” 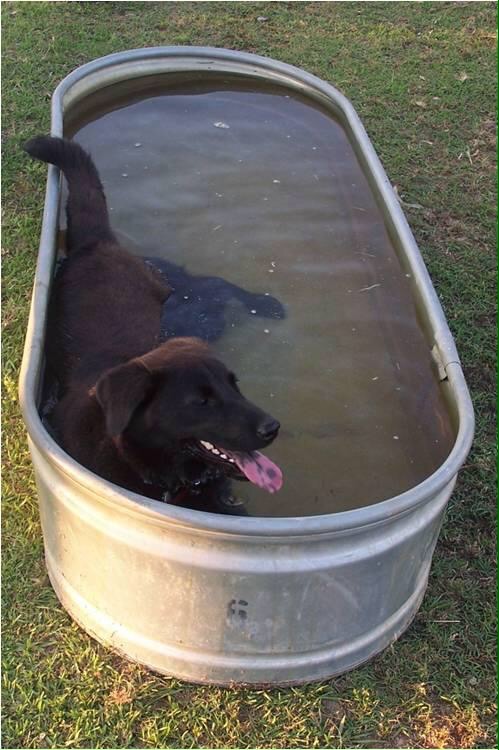 Lucy has a large, extended pet family; six cats, and three dogs! She is now 10 years old, but Lori says she still acts like a puppy. She went on to say that Lucy is very sweet, but rambunctious! Just like her brother, Jude, Lucy’s “favorite game is keep away; she finds a sock or something else, then makes sure we see her before she runs around the house with us chasing her. She gets along with dogs and cats and is playful with both. When we tell her to do something she doesn’t want to do, she flattens herself onto the floor so that we have to pick her up since she weighs about 55 pounds, so lifting her isn’t easy.”

When it comes to her taste in snacks, Lori says Lucy “doesn’t seem to have any favorite foods – she’s happy to eat her dog food, dental chews, and treats, and to swipe our food if given the opportunity.” Another of her quirks includes digging huge holes all over the yard!

Lori was really excited about Embark’s Relative Finder feature when it came out. “It’s a great way to learn more about your dog while having the opportunity to connect with other dog lovers whose dogs are related to your own,” she says.

Mariana admits that she was surprised to find a relative for Jude. She had forgotten that such a feature was available through Embark, but was happy when Lucy’s mom reached out to her.

After a few scheduling and weather-related setbacks, they were finally able to find a time to meet. “I was so excited to meet Lucy and her family,” says Mariana. “I was really happy that Embark gave us that opportunity.”

At the dog park, Jude sniffed around the perimeter until Lucy and her family arrived. At first, Mariana tried coaxing Jude over to greet them, “but he was a man on a mission!” Mariana says.

Lucy had never been to an off-leash dog park before so she was a little nervous, but Lori thinks she enjoyed it. After greeting each other, Jude meandered off, continuing his rounds along the fence while Lucy stayed close to her family.

Lori and Marianna both agree that it’s unlikely Lucy and Jude remembered each other, although Marianna says the dog park was very busy that day, and both pups were distracted. They did, however, get along very well, and Lori and Mariana plan to meet again soon for the siblings to play together even more! 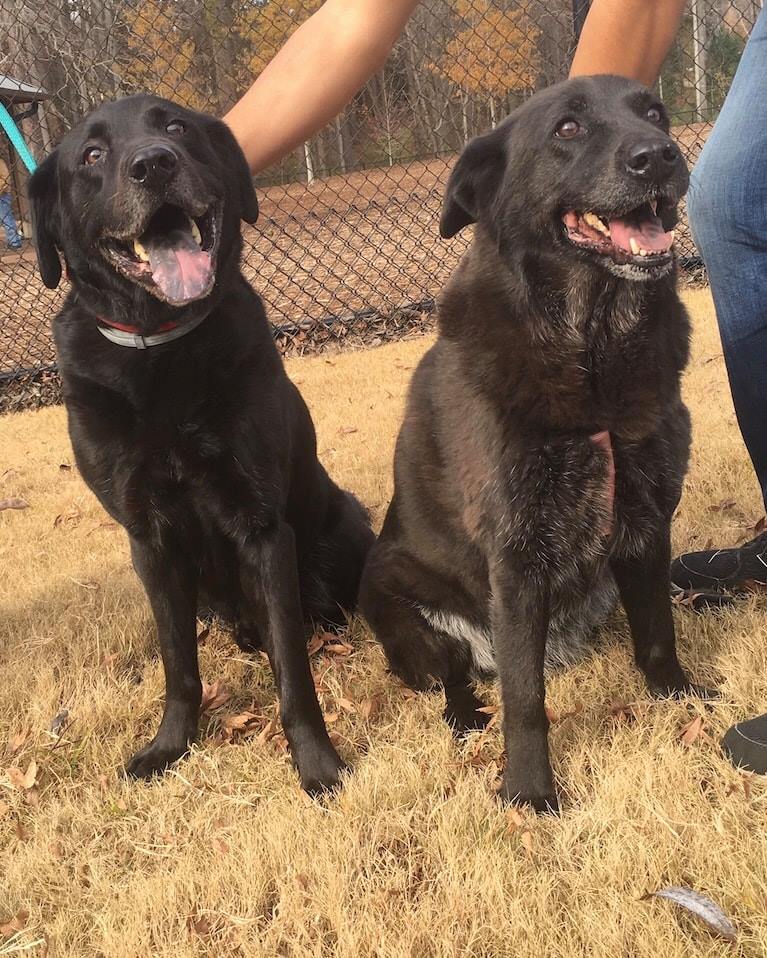 Are you curious about your pup’s extended family? Our Doggy DNA Relative Finder might be able to help! If you’ve already embarked with us, your dog’s relatives can be found under the “Relatives” tab in their profile. If you’re curious to know more, or if you would like to order a kit, click here.