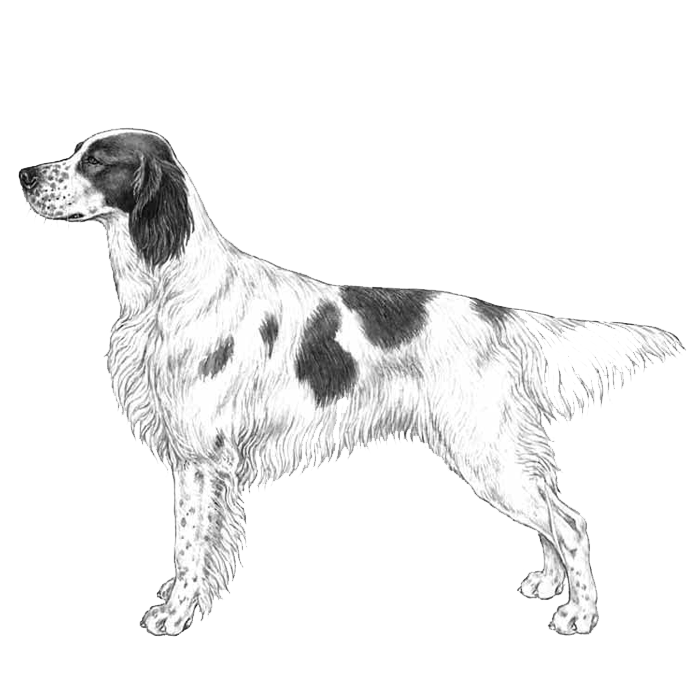 Irish Red and White Setters are exceptional gun dogs and have been helping their masters hunt birds for centuries.

Irish Red and White Setters, along with other breeds that originate in the United Kingdom, are listed by the UK Kennel Club as a “Vulnerable Native Breed” because there are still so few of them around. Not really a “fun” fact, but very interesting.

They do make nice pets, though. They are extremely affectionate and loyal companions. They love children and get along well with other dogs. But don’t run out and get an Irish Red and White Setter just yet- they are, after all, hunting dogs, and as such require a decent amount of physical activity. They also require a resolute hand and a lot of training as youngsters in order to be good house pets. They don’t really belong in apartment dogs or as city pets- but can adapt as long as they are given enough exercise. And a walk around the block twice a day just won’t suffice- Irish Red and White Setters are accustomed to scouring the grassy hills of Ireland with their masters in search of game. So while you don’t need to take up hunting and move to the United Kingdom to own one, keep their history in mind when deciding on whether an Irish Red and White Setter is the right dog for you.

Irish Red and White Setters aren’t especially easy to find, even in Ireland. In fact, they became so rare in the 2000’s that in 2011 the Irish government officially made it legal to crossbreed Irish Red and White’s with their cousins, Irish Setters. This was done both to boost the population as well as diversify their very restricted gene pool. While this may sound like a good idea, many lovers of the breed were extremely upset and made a huge fuss about how unethical it was to “mix” the two breeds, even if done for the noblest of reasons. To ease the fears of these enthusiastic dog lovers, any breeding between the two breeds would need to be approved by the “outcross committee”.
If you can manage to get your hands on one, though, the Irish Red and White Setter makes a gentle and loving companion.