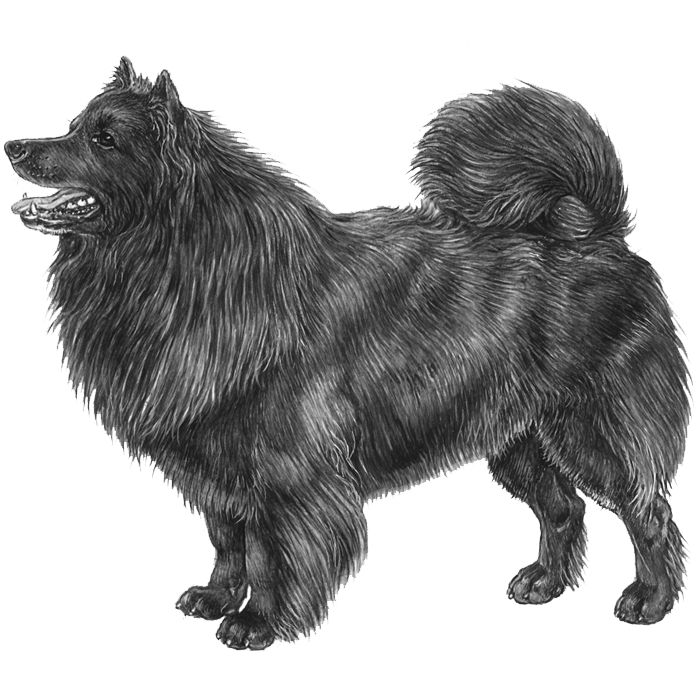 Quick Facts Height Male: 18-20in Female: 16-18in Weight Male: 42-46lb Female: 42-46lb Fun Fact Swedish Lapphunds are one of Sweden’s oldest breeds of dog. Because they were bred for so long in such a remote location, they have a unique mitochondrial DNA sub class, which is found only in Scandinavia. Are you a breeder? About…

Swedish Lapphunds are one of Sweden’s oldest breeds of dog. Because they were bred for so long in such a remote location, they have a unique mitochondrial DNA sub class, which is found only in Scandinavia.

Swedish Lapphunds are a small spitz-type dog from Sweden. Their name derives from the Lapp people, who are indigenous to Sweden, and who used the Swedish Lapphund to protect their reindeer. Now, this may be a little surprising, considering that the Swedish Lapphund is not a particularly large dog. However, they are well-suited to their job in many ways: they have luxurious plush coats, they stand out in the snow (they are black), and they are alert and active dogs.

Swedish Lapphunds have a lovely mythical history, as well. According to Sami legend, Swedish Lapphunds were originally wild dogs that wanted to work with human beings. They trekked across the frozen tundra until they came upon the Sami people. The Swedish Lapphunds agreed to work for them in exchange for a promise that they would always be treasured and treated well. And so they have!

While they still work in Sweden as reindeer guardians, they are also popular pets and are extremely popular in the show ring, probably because of their beautiful appearance and fluffy, jet black fur. But don’t let their beauty fool you- Swedish Lapphunds are working dogs, and as such require a home that can give them jobs to complete and enough exercise to keep them happy and healthy, both mentally and physically. They truly excel at canine sports, if given the chance to compete, so that is a great alternative if you don’t have any reindeer you need them to herd. They need consistency in training and will probably need to be taught not to bark excessively. This is not a breed you will be able to leave at home all day while you are at work. If you do, you risk having a bored and potentially destructive Swedish Lapphund in your midst. They can adapt to apartment living if adequately exercise, but really are more suited to the suburbs or the countryside.

Swedish Lapphunds do well with children and other dogs. They are also not known for chasing smaller mammals, so will probably do fine with cats if they are introduced to them at a young age. They are playful, intelligent, strong, and very loving towards their family. They also are known for not smelling particularly “doggy” which is definitely a plus!