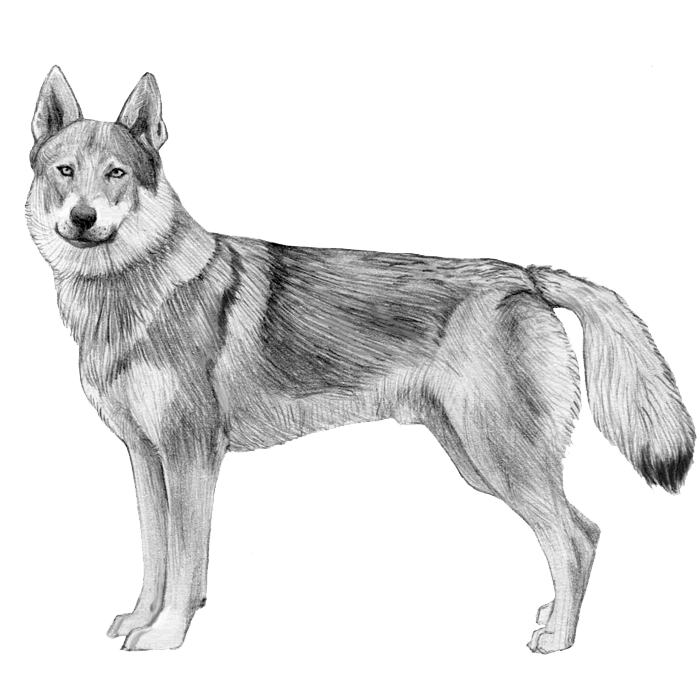 Czechoslovakian Vlcaks are a relatively new breed of dog that hail from Czechoslovakia. Nearly indistinguishable from a wolf to an untrained eye, these large and handsome dogs are the result of a crossbreeding between a German Shepherd and a Carpathian wolf in the 1950’s.

Czechoslovakian Vlcaks are a relatively new breed of dog that hail from Czechoslovakia. And they are possibly the most wolf-like dogs you’ll ever see! Nearly indistinguishable from a wolf to an untrained eye, these large and handsome dogs are the result of a crossbreeding between a German Shepherd and a Carpathian wolf in the 1950’s.

The early generations of Czechoslovakian Vlcaks would not have made very good pets. The puppies that resulted from the original crossbreeding were very wolf-like; they were suspicious, very active, and difficult to domesticate. As they grew up and were bred to German Shepherds, these wolf characteristics that were undesirable in a domesticated dog were bred out of them.

Czechoslovakian Vlcaks have made their way throughout Europe, and are popular in Czechoslovakia, Italy, and Slovakia. But popularity is relative— there are still less than 1,000 of these dogs in existence.

As you may have already gathered, Czechoslovakian Vlcaks are not the right dog for most people. They are extremely intelligent, not easy to train, and require an exceptional amount of socialization in order to make good pets. This is not a breed for an inexperienced dog owner.

If you are experienced enough to own one, though, you’re in for a real treat. Czechoslovakian Vlcaks are extremely devoted and loyal dogs (due, perhaps, to that wolf pack mentality that still hasn’t been completely bred out of them.) They are good with children and other dogs, though they should be supervised or kept away from smaller animals (they are the direct descendants of the mightiest canine hunter, after all.) They thrive on human companionship and will not appreciate being left alone. They can also be a little tricky to train because they aren’t motivated by the same things that other breeds may be- they are critical thinkers and if they don’t see the point of what you are trying to get them to do, they may simply decide not to do it!